SEW is short for Stainless Equipment Works which was founded in 1996 as a designer, producer and installer of equipment and structures for petrochemical, pharmaceutical and food industry.

Stainless Equipment Works started with 12 employees and characterized itself as a driven firm that ensured that every project was delivered to everyone’s expectations. A growing group of customers and project size proved that the quality standards were met in all respects.

SEW was originally located in a building at the Hornweg. Through continuous growth and development the company moved in 1999 to the current location at the Aalbos. In 2009 this building was expanded so separated production of steel and stainless steel was possible part of the continuous improvement of the company. 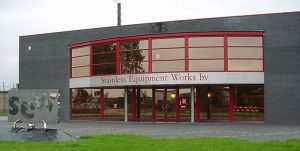 In the following years SEW grew into a wellknown supplier of special equipment for the oil and gas, process and food industry. Specific knowledge of welding and processing techniques of steel, stainless steel and many other sometimes exotic materials have been acquired over the years.  For example austenitic and ferritic stainless steel, aluminium, cunifer, polypropylene and glassfiber piping materials. 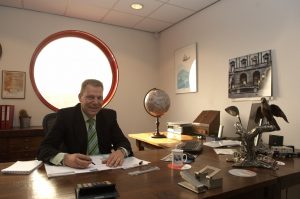 Since the activities from the offshore industry, for both the prefab and work on the platforms, grew considerably, it was decided to place these activities in a separate department. As of January 1, 2007 SEW Oil & Gas B.V., the current SEW Energy B.V., was founded, which had its own and specialized organization.

Work from the food and process industries also received a significant boost. The activities in this sector require a different approach than the activities from the offshore industry therefore a separate firm SEW Food & Process B.V. was founded on 1 January 2008. In this way the specific wishes and requirements could also be met in this market.

Since both organizations were faced with a shortage of space, in 2010 it was decided to move SEW Food & Process B.V. to another location. The temporary location on the Dopplerstraat in Heerhugowaard was exchanged after two years for the current location on Stevinstraat.

Since January 2018, SEW also has an electrical/ instrumentation engineering department with the acquisition of Eprofs. This has expanded the service package so that a wider range of projects can be carried out.